Films at Cinema by the sea

Djata is a care-free 12-year-old growing up in a brutal dictatorship. When the government imprisons his father, and Djata and his mother Hannah are labeled traitors, the boy will not rest until he sees his father again.

Alex Helfrecht and Jörg Tittel are a longstanding directing, writing and producing team based in London. The have founded production company Oiffy in 2011 with producer Philip Munger. This is their feature film debut.

Ethan, a sullen high-school student whose life is defined by what he hates, finds love with a blindly optimistic Christian girl Trinity, much to the annoyance of his angst-filled band mates and her evangelistic brethren.

Neil Triffett (1988), Tasmania, graduated from the Victorian College of the Arts in 2010. In 2014 his short film Emo (The Musical) was  awarded a Special Mention at the 2014 Berlinale.

7th grader Thomas lives in a small city in Denmark. He’s in love with the schools tough girl, Vikki and to get close to her, he has to help her and a gang of older boys blow up their teacher’s bike.

Mads Erichsen belongs to the new generation of Danish directors who don’t have any official schooling. Teenage Love Bomb is his debut feature film and it’s partly based on his own childhood experiences in Jylland.

A story of impending adulthood for high-school lovers Cate and Ferro, whose carefree post-graduation plans are suddenly changed by an unplanned pregnancy.

Roan Johnson (1974) has been teaching at Pisa University, John Cabot University and the Centro Sperimentale di Cinematografia since 2002. He has directed three feature films.

VINCENT AND THE END OF THE WORLD

Vincent is a 17-year old suicidal ecologist who drives his family crazy. Vincent’s aunt Nikki takes him on a trip to France, convinced that the boy’s obsession is related to his suffocating mother.

Pearl follows a girl and her dad as they crisscross the country chasing their dreams. It’s a story about the gifts we hand down and their power to carry love. And finding grace in the unlikeliest of places.

Patrick Osborne is an Academy Award winning director for best animated short film Feast in 2015. He is currently directing Battling Boy and Nimona. He worked as an animator on films such as Wreck-It Ralph (2012).

GETTING FAT IN A HEALTHY WAY (Как да надебелеем здравословно)

In a world where gravity is weak and skinny people fly into the sky, Constantine has never left the apartment he shares with his father Atanas. But one day the beautiful stewardess moves into the building.

Kevork Aslanyan (1985) graduated at the London Film Academy in 2012. He is well know for his work as an editor on feature films. This is his directorial debut.

Ambrela - Cinema by the Sea 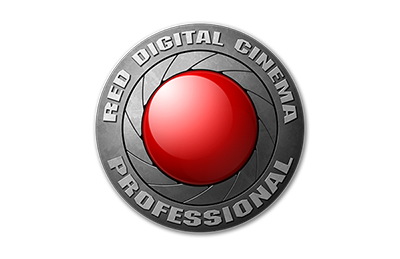